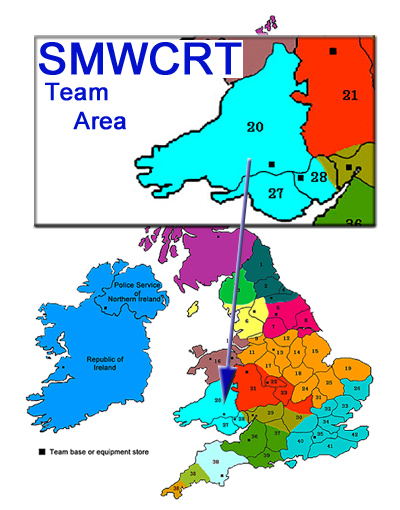 Formerly known as West Brecon Cave Rescue Team, the South & Mid Wales Cave Rescue Team (SMWCRT) is a registered charity (No.1016463), initially set up in 1946 to support cavers exploring the caves of the Swansea and Neath Valleys. Since then, with the discovery of major cave systems across South Wales, the team’s area of responsibility has expanded dramatically.

The role of the team has also evolved. From being almost an extension of the local caving club in the 1940’s and ’50s, SMWCRT now responds to a wide range of incidents on behalf of three Police Forces and two Fire Brigades.