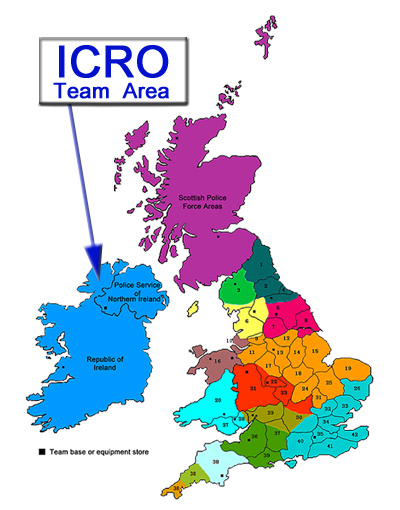 The Irish Cave Rescue Organisation (ICRO) is a national voluntary organisation made up of active cavers throughout Ireland. It is run by an elected committee and can be called upon in the event of accidents in caves. It has rescue equipment stores at four locations in Ireland. The two main stores are at Doolin in Co. Clare and Claddagh Glen in Co. Fermanagh.

Throughout Ireland cave rescue is the responsibility of the police forces, the Garda Síochána in the Republic and the PSNI in Northern Ireland.