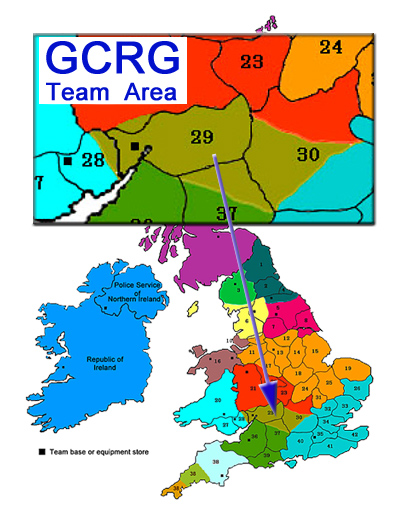 The Gloucestershire Cave Rescue Group (GCRG) was formed in 1962 by local cavers who recognised the need for cave rescue facilities in an area that was fast growing in popularity.

The Group has been called out a number of times over the years since its formation to rescues in the Caves and Iron Mines of the Forest of Dean, the Stone Mines of the Cotswolds. Assistance to cave rescue teams from South Wales with extended duration rescues in their area has also been provided.

The Group also has a support role in assisting local cave rescue teams in other areas, the Severn Area Rescue Association (SARA) and as a valuable manpower resource for the Police & Fire and Rescue Service.