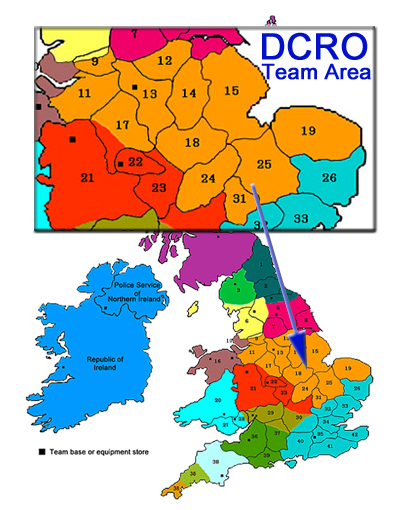 Formed in 1952, almost all Derbyshire Cave Rescue Organisation’s (DCRO) search and/or rescue operations take place in the limestone areas of the Peak District. About half take place in the caves and mines around Castleton and another third are shared more or less equally between the Eyam, Monyash and Matlock areas.

Occasionally help is given to Police forces outside Derbyshire, not only to incidents in caves or mines, but also in other underground places such as wells and tunnels.

Due to the location of the DCRO base they are the closest cave rescue team for the following Police forces – Bedfordshire, Cambridgeshire, Cheshire (part), Derbyshire, Greater Manchester (part), Leicestershire, Lincolnshire, Norfolk, Northamptonshire, Nottinghamshire, South Yorkshire, Staffordshire (part) and Warwickshire.