A presentation of a photograph signed by members of the BCRC Executive committee, was made to Heather Simpson during the Annual General Meeting, Buxton on Sunday 10 April. This was a modest gesture to express appreciation for the six years that Heather had served as BCRC Treasurer and for five years beforehand, as Information Officer. 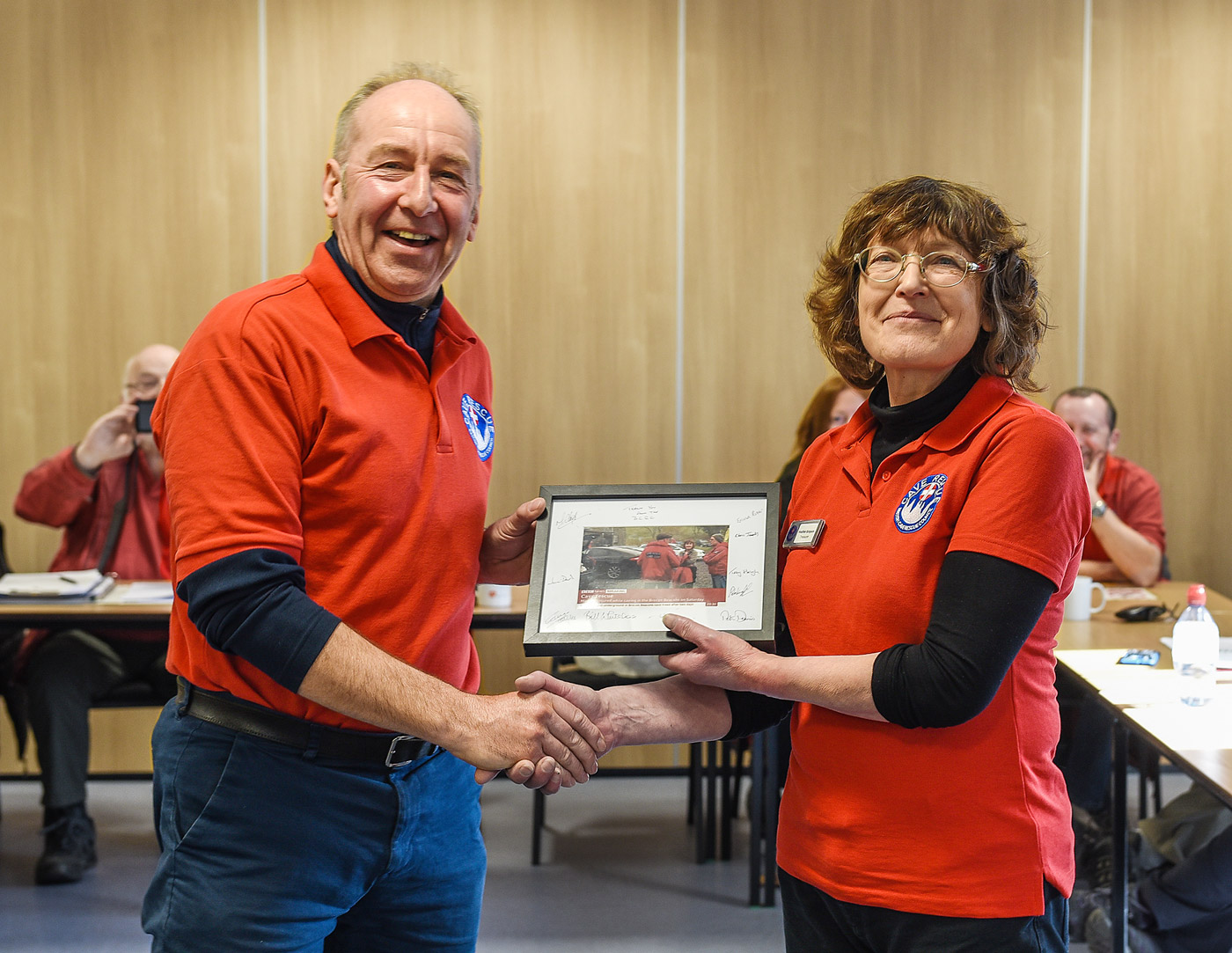 The photograph was presented to Heather by Peter Dennis, BCRC Chairman, on behalf of the BCRC Executive committee and member cave rescue teams. Peter paid tribute to Heather’s proficiency and professionalism in managing the finances of the BCRC in recent years and for her contribution to fundraising initiatives. The Council also benefited from Heather’s sage advice based on a comprehensive grasp of charity law, financial regulations and reporting, which included preparation of the Trustees’ Annual Report for the Charity Commissioners each year.

We thank Heather for her voluntary service and for being willing to mentor the new Treasurer during a transition period to ensure a smooth succession.