BCRC is both pleased and proud that the Royal Humane Society have announced awards it has made to members of the BCRC team involved in the Tham Luang cave rescue in Thailand in June and July 2018.

The Royal Humane Society is a charity that was founded in 1774. It grants awards for acts of bravery in the saving of human life and also for contributions made towards the saving or attempted saving of life where the lives of the contributors were not themselves at risk. The Charity’s Patron is Her Majesty the Queen and its President is HRH Princess Alexandra.

The awards made are to the following : 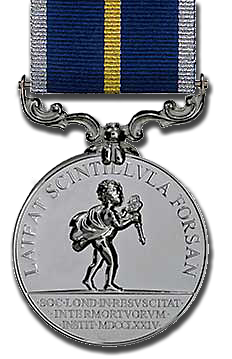 * As Jim is not a UK citizen he is not eligible for the Society’s main awards. His special certificate is a rare accolade to be given to a foreign citizen.

When announcing the awards, Andrew Chapman, the Secretary of the Royal Humane Society said :

“It was amazing team work on the part of all concerned. Thankfully everyone trapped was finally rescued. All those involved in this rescue were true heroes. I don’t remember when we last awarded anything like two Silver and four Bronze medals in respect of a single incident but all the awards in this case were richly deserved. And for two of the medal winners, Richard Stanton and John Volanthen, it’s the second time round. They’ve already each won Bronze medals for another cave rescue. What a fantastic achievement.”

The other incident referred to is the attempt in 2010 to rescue Eric Establie from a sump in the Dragonierre de Gaud in the Ardeche region of France.