Two years had elapsed since the previous European Cave Rescue Association’s (ECRA) conference, held in Croatia 2019. Thoughts of an autumn 2020 conference dissolved in the face of a further rise in the incidence of the virus, like so many meetings, postponed due to the Covid-19 pandemic and with an online substitute for the essential General Assembly arranged instead. Despite optimism around the prospect of plans to hold the postponed conference in Cantabria a year later, uncertainty again grew in the days running up to the scheduled date, 11-14 November 2021, as a further SARS-CoV-2 variant became established across Europe. The conference hosted in Ramales by Espeleosocorro Cántabro ESOCAN did though take place with ca. 90 cave rescuers in attendance, not deterred by requirements for pre-travel and return Covid testing and documentation. Peter Dennis, Brendan Sloan and Chris Jewell represented BCRC and Pete Allwright was also invited from the UK to update the conference on plans around the Nicola 4 cave communication project.

Each day was split into morning, plenary presentations and afternoon practical or discussion workshops aligned with the specialist Commissions. The plenary on the first morning included the ECRA General Assembly, in which Pete was awarded Honorary membership of ECRA. Brendan contributed to the parallel programme of the Medical Commission, Chris to the Diving Commission, tackling topics arranged by Robert Anzik, such as how best to load a casualty into a stretcher for a sump dive. Practicing with casualty inverted to protect airway, should the face mask seal be compromised briefly. The procedure was practiced in a local swimming pool, with authentic low visibility due to an algal bloom. Werner Zagler, Technical Commission, laid on a demonstration of the plug and feathers method of rock splitting within the spectacular setting of the Cueva Mur cave entrance, accessed via a scenic walk on an inclined track along the spectacular limestone cliffs situated above Ramales.

A technical rope rescue workshop was arranged in the Cueva Mur cave entrance the next day and included demonstration of the counterweight method for hauling. By popular demand, Peter and Brendan were obliged to prepare and present a talk at short notice, to describe the large cave rescue in Ogof Ffynnon Ddu, South Wales the previous weekend. Chris kindly sought permission from the casualty for Brendan to divulge medical details and assisted Peter in preparation of some of the visual aids. The illustrative slides were prepared when opportunities arose during the day and were completed just in time for the evening presentation.

Of the seminars presented, the most dramatic was an account of the body recovery from Verovkina Cave, Abhazia by cave rescuers of the Russian Soyuz Dobrovoltsev Speleosasateley. This was an incredibly challenging body recovery from such a deep cave. Details such as the chart to coordinate the rope access schedule for rescuers, to manage time hanging in harnesses, and coordinate the location of each party at key stages in the recovery were both sobering and hugely impressive. The matter of fact presentation, accentuated by the pauses for simultaneous translation from Russian to English, added even greater gravitas, as the enormity of the rescue operation dawned on the audience. On a lighter note, those attending who used the Sports Centre as sleeping quarters, found themselves sharing half the hall with high performance rally cars one evening, as they were driven in to undergo safety checks by stewards before roaring off on various stages in the hills around Ramales the following day.

We are grateful to our hosts, Martin Gonzales Hierro, Head of the Local Organising Committee, and colleagues of the Fundación Espeleosocorro Cántabro, Esocan, Spain for arranging transport from and to Bilbao Airport. 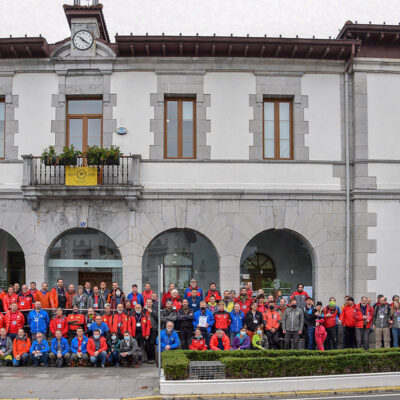 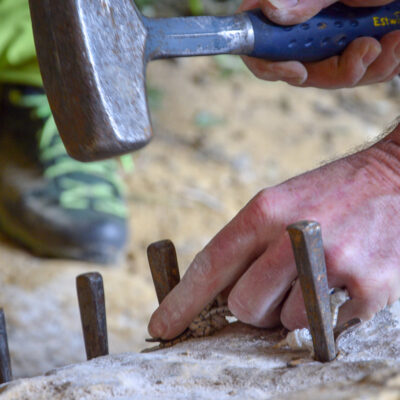 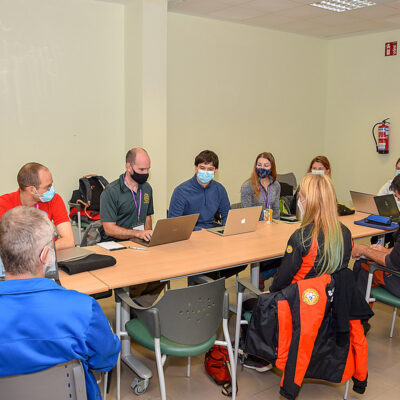 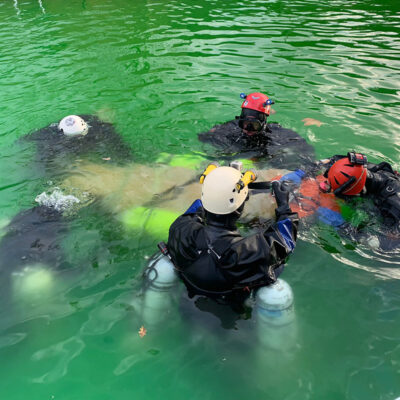 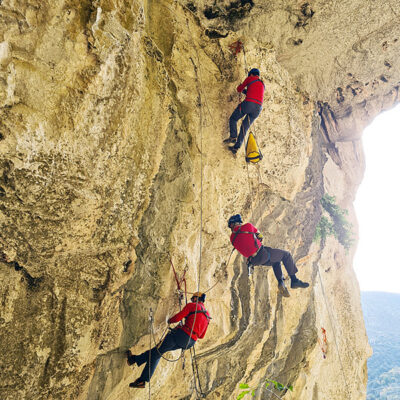